When her hair started coming out in clumps, Delia Wright, 33, a telecommunications consultant from London, was distraught. Eventually, she was diagnosed with chronic 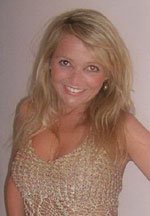 ‘Until recently, I was in a very pressurised job. My days started early and ended at 9pm or later. One morning in October 2001, I was shampooing my hair in the shower when clumps started coming out in my hands.

I was petrified and remember thinking, “I’m 32 and I’m going bald.” My long hair has always been a vital part of how attractive I feel and I like it to look good. I’d always been an extrovert, but if I lost all my hair, I felt I’d never want to walk out of the door again.

BALD PATCH
‘As the weeks went by, the shedding got worse. My hair became thinner and a bald patch developed on my crown. On sunny days you could see through my parting and my pillow would be covered in hair every morning. I’d look at other women’s hair and, if I saw someone with thinning hair, I’d think, “At least I’m not alone.” Then I’d spot someone with thick hair and feel gutted.

FRANTIC AND ANGRY
‘The first thing I did when the problem started was go to see my hairdresser. He said it was probably the weather and suggested I change shampoos. When that didn’t work, I went to my GP. He said the hair loss was due to stress, but didn’t prescribe anything.

‘My husband Mark tried to reassure me, but the more he tried to play it down, the more frantic I got. He’d tell me I looked fine and I’d burst into tears. Then, when he said, “OK, you’re losing some hair,” I’d get mad at him. It became a real issue in our relationship as I lost confidence and wanted to stay in more because styling my hair was an ordeal. Normally it took ten minutes to blow-dry, but now it took me 90 minutes because I was trying to cover the bald patches.

‘In total desperation I finally searched on the Internet under “hair loss”. This led me to Sally-Ann Tarver, a trichologist at The Cotswold Trichology Centre. She examined my hair and asked about my lifestyle. By then my weight had dropped from 8st to 6st 7lb (I’m 5ft 2in) because I was so anxious I could hardly eat. Sally-Ann told me I had chronic telogen effluvium caused by stress and poor nutrition. My first question was, “Is it permanent?” and it was a great relief to be told that there were things I could do to help my hair grow back again.

HEALING FOODS
‘A blood test showed I was low in iron, so I was prescribed a supplement called Florisene to make my hair stronger. I was also advised to take vitamin B12 to aid iron absorption, and to drink aloe vera to detox and heal my body. I also discovered I was allergic to diary products, so I cut them out and gave up caffeine. I ate more fruit and vegetables and lots of protein. I was also given three lotions to rub into my scalp – aloe vera to stop it itching and two topical nutritional supplements to feed the roots.

‘After about four months, the shedding had stopped altogether and I could see new inch-long hairs growing all over my head. Even my eyebrows and lashes became thicker.

‘Today I have a normal head of hair again, although it’s still recovering. It’ll take me two years to get it back to looking the way it did before, but it’s in excellent condition. Friends say the old Delia is coming back. I’m still very hair aware but I can now go through a whole day without thinking about it. My experience has taught me never to take my health for granted. I’m now really into fitness and work out twice a week with a personal trainer.

‘In my previous position I was earning over £100,000, but I recently resigned from that job because I couldn’t stand the stress any longer. Now I’m looking for a nine-to-five job at a lower salary because I know that no amount of money is worth what I went through. My priority now is to stay healthy and happy.